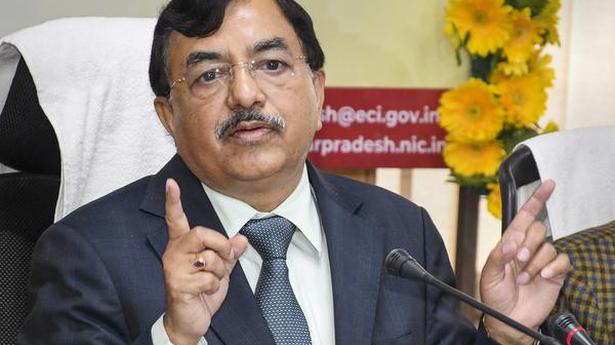 After around 12 months of significant upheaval, merchandise trade organizations are taking a period of reflection to assess how well their post-Brexit international supply chains are functioning. Others have carried out exercises to fill gaps that may have arisen with their VAT and tariff compliance obligations.

This article focuses on several areas where experience shows that organizations have struggled to meet all of their indirect tax compliance requirements due to the Brexit changes.

An important context point is that Brexit resulted in increased imports into the UK (previously goods from the EU did not need to be imported). Many companies do not have experience with import / customs formalities, which increases the risk of errors. This increased risk of import errors is further compounded by many companies, at least in the first few months of 2021. Having not had enough time to prepare for the new Brexit requirements, they may not have had enough time to prepare for the new Brexit requirements. be unaware of any compliance obligations arising from their product movements. HMRC introduced several easements earlier this year to support businesses; however, they may have added to some of the uncertainty. More recently the targets have evolved again, introducing controls and controls on imports of agri-food products from the EU, with companies struggling to keep up with the various changing stages. Another example is the possibility of delaying customs duty declarations.

Businesses had and still have the option of delaying their customs declarations for goods imported into the UK from the EU since January 1, 2021. Deferral means that a full customs duty declaration is not required for an import for a period of 175 days. Under the deferral regime, the importer must either submit a simplified declaration or record the relevant data in their own records when goods are imported and follow up with a detailed supplementary declaration within the 175-day period; if this is not done, the goods are deemed not to have been legally declared and could be subject to confiscation and penalties.

Experience shows that some companies were unaware that there was a possibility of deferring declarations. It appears that some imports have been made in this way without the importing companies being fully aware of what this means and of the steps that need to be taken afterwards.

Besides the risk of non-compliance of not subsequently making the full import declaration / having the information available to do so, there is also an impact on the position of import VAT. Businesses that choose to delay declarations should estimate the amount of import VAT payable and account for it using deferred import VAT accounting on the corresponding VAT return for the import period. In many cases, this does not happen.

HMRC has said it will not seek to charge a penalty for errors when reasonable care has been taken to follow guidelines when preparing the VAT return. When an estimate of the import VAT due is not declared on the VAT return, this would indicate that reasonable precautions were not taken. Based on the fact that the organization is fully taxable, there would be no potential loss of revenue for HMRC to seek to charge a penalty (since import VAT is declared and reclaimed simultaneously). However, this may suggest to HMRC that deeper compliance issues within the organization may prompt further scrutiny.

Another area where there have been compliance challenges is the recovery of import VAT. HMRC introduced Deferral of Import VAT Accounting (“PIVA”) from January 1, 2021, which allows importers to defer payment of import VAT to their VAT return so that ‘They often pay and collect import VAT at the same time, resulting in cash flow. advantages. When PIVA is used, organizations should ensure that the GB VAT number and the GB EORI number (registration and identification number of economic operators) are linked. When this is not the case, VAT becomes payable before the goods are released, resulting in delays.

Although PIVA is a positive development, a decision must be made for each import as to whether it will be used. As a result, importers have a mix of imports where PIVA is applied and others where the “old” system of paying import VAT at the time of entry and then recovering it via a VAT declaration when HMRC issues a C79 certificate.

This dual system and the need to have a separate HMRC Gateway account to access online PIVA statements have confused businesses. It is also not uncommon for companies to have imported goods and have a ‘missing’ import VAT, either because they have deferred the declaration, have not used PIVA (and should therefore receive a C79 ), or the transaction is missing from the PIVA declaration. When an import is missing from the PIVA declaration, organizations will need to write to HMRC to rectify this; however, due to HMRC’s long processing times, this can be a lengthy process.

Incoterms are a set of rules that define the role between buyers and sellers for the delivery of goods under international trade contracts. The main objective of Incoterms is to clarify the respective responsibilities of the buyer and the seller in order to minimize misunderstandings. However, experience has shown that it is not uncommon to have inconsistencies / confusion between buyer and seller about the terms used, especially who will act as the exporter from the country of origin and importer in the country of destination.

Brexit has made the situation worse as there are now more transactions which are imports and exports.

Companies operating in international trade use Incoterms to define the terms of contracts such as:

The consequences of these discrepancies and inconsistencies can be costs or delays linked to customs import formalities and financial costs linked to the payment of import taxes when they were not foreseen. In some situations, the seller may also need to maintain a VAT registration in the importing country, which could have been avoided otherwise.

How to know what you don’t know

For UK imports, one way to assess the impact of Brexit so far is to look at the company’s MSS data. This is a dataset available from HMRC that details exactly what information was reported to HMRC for all imports during the period. Obtaining and reviewing this data can be eye-opening for a business because organizations “don’t know what they don’t know.” Examination of the data may find unexpected imports, incorrect classification codes, or a lack of request of preferential origin, which means that the duties have been overpaid. Of course, the data could also reveal errors indicating that tariffs have not been paid sufficiently. But the main point is that the data will show the company precisely what has been reported to HMRC so far, providing a platform to assess whether improvements can be made. If the reports do not show the imports the company expects to have made, this suggests that the imports are either declared by someone else or that the declarations have been delayed. Either situation would result in compliance actions the company would need to take.

Brexit has increased the number of export and import transactions and often by companies not experienced in customs requirements. This gives the potential for an increase in errors. This was amplified by the way the UK / EU trade deal was struck, with companies having very little time to prepare and spend time reacting, with the primary aim of ensuring the flow of their products. Now that much of this initial reaction period has passed, organizations have more time to identify gaps that may have arisen with their VAT and tariff compliance obligations and take corrective action.